An illustrious license to print

With over 250 years of history, Crane Currency is a leading name in the production of currency for central banks worldwide. The company’s high-tech portfolio of security products, paper technologies and comprehensive services places it firmly within a small elite group servicing the world’s central banks.

But with the rise of digital payments and online banking, what is the future of paper currency? Director of Operations and MD of Crane Currency in Tumba, Sweden, Sixten Jansson spoke to Richard Hagan about why the company remains positive about the future.

This article was first published in the print edition of Inside Industry, March 2022.

Crane Currency can uniquely trace its roots all the way back to 1755 with the paper mill at Tumba, Sweden, and in the US to 1775 and the famous American patriot Paul Revere.

During the American War of Independence, Paul Revere used his talents as an engraver to produce the printing plates that would produce the very first versions of US paper currency.

Those notes were printed on paper supplied by Stephen Crane – the surname that is now immortalised in Crane Currency’s name.

Decades later, Stephen Crane’s son Zenas – who’d learnt the art of currency papermaking from his father – opened his own printing mill in 1801, supplying paper primarily to banks, printers and shopkeepers.

Zenas Crane’s sons, Zenas Marshall and James Brewer, would ultimately join the company, too. The two pioneered a method for embedding silk thread in the banknote paper as a means by which to mark the denomination of a note. It was a major step forward in preventing fraud, especially in combating paper note value alterations.

In 2002, the Swedish Central Bank (Sveriges Riksbank) decided to outsource its banknote production to Crane Currency. When the cooperation was announced, Crane Currency took over the Riksbank’s Tumba Bruk, which had manufactured paper, banknotes and security documents since 1755, making it one of the world’s oldest mills of its kind.

Today, combating fraud and the ongoing development of innovative and complex security solutions for paper currencies area core activity at the company, but it’s not the only one. 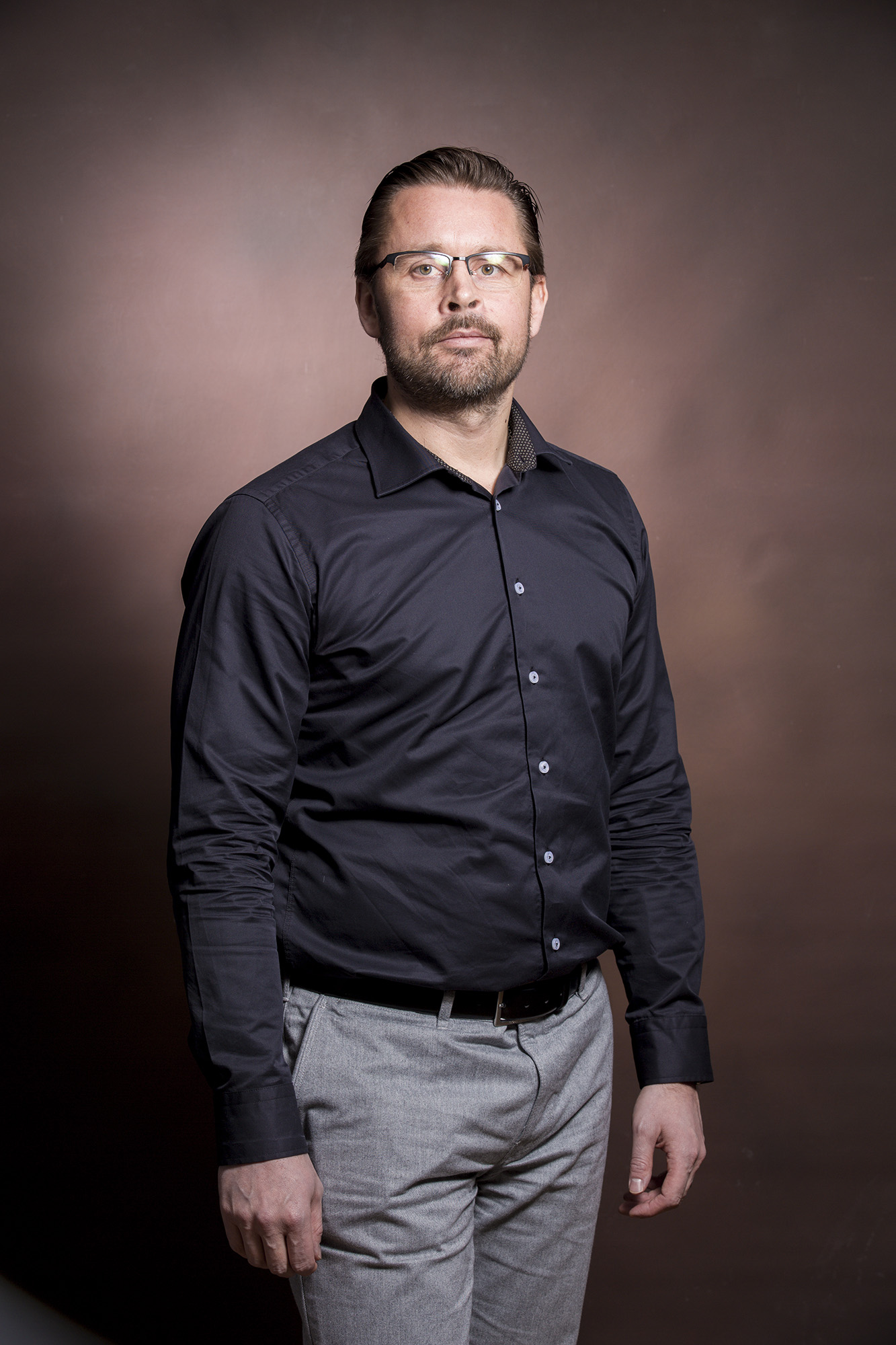 “The core of our business is papermaking, banknote printing and the technology that we use to stop counterfeiting,” outlined Sixten Jansson, Director of Operations and MD of Crane Currency in Tumba, Sweden. “More recently, we’re also present in the authentication market for consumer products.”

Crane Currency is one of a small handful of manufacturers who are able to supply the full bouquet of materials and services to produce a given banknote for central banks around the world.

In early 2000, the company expanded its footprint from its original base in the United States to an international one. It now has a total of five sites and facilities that come together to produce its currency orders.

In Sweden, Crane AB produces the paper for the currency, which is then shipped to its modern printing works in Malta where the currency is printed – and to other external banknote printers around the world.

During the paper manufacturing process, the banknotes receive their weaved-in security thread, which is a feature typical of modern currencies and which is produced by Crane Currency’s Nashua facility in New Hampshire – and the micro-optic technology is developed by the R&D team in Alpharetta, Georgia.

The company’s other stateside facility, based in Dalton, Massachusetts, exclusively manufactures US dollar currency and some US passport papers. The other function of the Dalton site is its paper and raw materials R&D centre where ongoing study of paper longevity enhancement and sustainability is conducted.

Where central banks require assistance with design work for currencies, Crane Currency’s Swedish headquarters has a design office that is able to assist with those requests. The design team also span across the Hal Far, Malta site, the first commercial banknote printing facility to be built in several decades. The 14,000 square meter facility features the industry’s most modern printing equipment capable of producing the latest security features.

Crane Currency has just over 1,100 staff spread throughout its global offices. Its biggest site in terms of staffing – or associates as they’re known in the company – is its printing facility in Malta with around 400, followed by its Swedish office with around 250 .Its Dalton facility has about 300 and Nashua about 100. Due to the high demand of micro-optic features integrated into paper by Crane Currency as well as its competing paper mills, Nashua is now the fastest growing Crane facility and expect to grow by 50 percent in 2022. Its smallest office is its Alpharetta design office with 50 associates.

The company is especially proud of its printworks in Malta, as underlined by Mr Jansson: “We have the most modern banknote printing line in the industry. It’s a brand-new site that we built in 2018. We’re very proud of it and the equipment that we’ve got set up there, as well as for the fact that it’s a greenfield site which in this mature industry is very unusual.”

For obvious reasons, modern banknotes require constant investments in security technology. For several years, Crane Currency’s teams have developed a range of security products that are so complete that the company has since successfully sold them into the consumer products market for brand authentication purposes.

Mr Jansson explained: “We’re very proud of inventing and implementing micro-optics first into banknotes and then into various consumer products. We currently have about 100 banknotes worldwide utilising micro-optics, which we’ve achieved in only 15 years. It began with the first banknotes we produced in Sweden with embedded micro-optics in 2006, and since then it’s seen high growth.”

The micro-optics referred to is a tiny, high-definition image that, when viewed from different angles, appears to move or animate in a specific, pre-designed way. Each micro-optic feature is unique to that customer’s product and its movement is visible across multiple axes of rotation and in all lighting conditions.

Outside of banknotes, manufacturers of consumer goods have utilised the company’s micro-optics as a seal of authenticity, allowing customers to immediately distinguish original goods from counterfeit ones.

“This technology is a big part of what’s driving the business for us,” noted Mr Jansson. “Both on its own as well as integrated into paper or a banknote. Being a market leader in this type of simple recognition that makes things difficult to counterfeit, creates its own demand. As customers see the benefit of it, it becomes a solution that more companies want to use, especially as hologram-like features have become so commonplace”.

But security is not the only challenge that banknotes must face within the marketplace.

The importance of endurance

A less obvious challenge that banknotes must address is endurance. Banknotes, Mr Jansson emphasised, have to be durable.

“Banknotes must be built so that they don’t have to be removed from circulation too early.”

The central bank in Sweden experienced the endurance problem with the initial version of the Swedish 20 Krona note – which had a problematically short lifetime of six to nine months due to its heavy use. To solve the problem, Crane Currency added a special endurance product leveraging the research and development conducted in its US-based paper making facilities.

“The notes have to be able to deal with dirt, sweat, and not being kept in wallets. They must withstand environments of heavy use,” Mr Jansson asserted. “We then developed our special anti-soiling treatment, using different mixes of cotton to build a very strong and durable note. By doing that, we could expand the lifetime of that note by two to three times.”

Interestingly, that endurance product utilises cotton-based waste products from the textile industry as its raw material, making it uniquely sustainable. 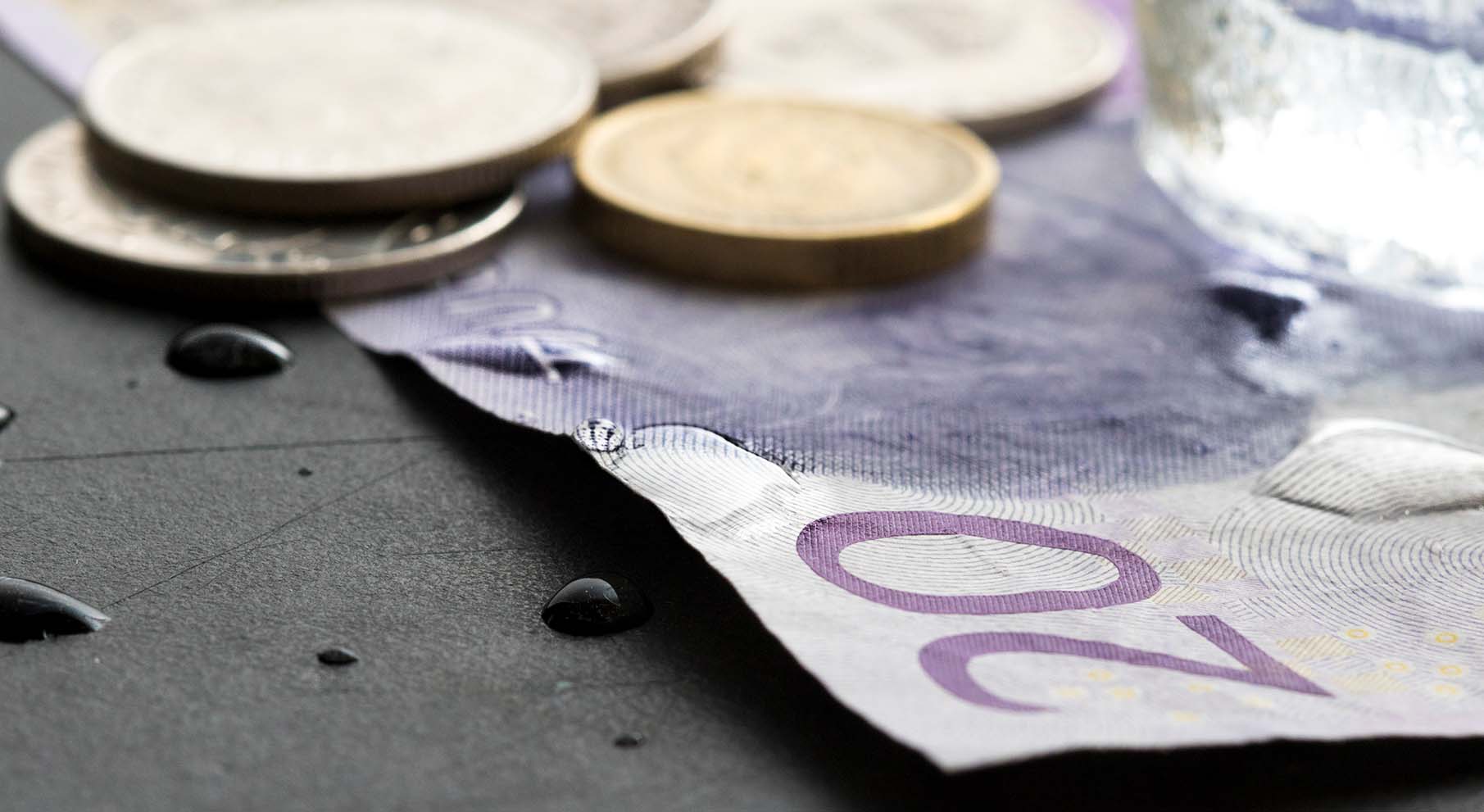 Crane Currency has an extensive philanthropic program that donates to various important causes. With ties to a $1 million dollar endowment established by Richard Teller Crane in 1904, the Widows and Children fund today provides annual financial awards to vulnerable populations living in the communities in which Crane operates, with most of the awards made to organization directly nominated by Crane associates.

“In every currency site, for the past three years it’s become an important part of our operations to donate to the communities there,” Mr Jansson remarked.

In addition to financial donations, Crane Currency’s associates are also encouraged to donate their time to supporting their local communities in organised programs such as cleaning up neighbourhoods.

On the future of paper currency

Looking ahead to the future of the industry, Mr Jansson’s position was clear: despite the increasing popularity of online purchases, paper banknotes are here to stay.

“Many societies still trust banknotes more than digital solutions. That trust is important and must still be built and kept. During the pandemic, the demand for banknotes has in many countries increased. Today, the majority of nations’ banknotes, especially high value banknotes, are seen as a safe store-of-value.”

He highlighted two recent crises as case studies evidencing the continued need for currency in economies.

“As a crisis product, currency is important. Recently, hackers disabled a major Swedish grocer – they weren’t able to accept card and electronic payments. It reminded people of the need to at least carry some cash. Additionally, the pandemic has highlighted various situations where you need cash. It’s helped people get through the pandemic and it’s protected businesses and individuals.”

With the need for cash firmly entrenched in society, Mr Jansson explained that the future of banknotes must centre around tighter, better quality security solutions.

“The industry is demanding that banknotes contain more security features that are easy to recognise and which don’t take up more space on the note. There’s a lot of emphasis on the protection of high-value notes in particular, and that is precisely where our micro-optics solutions come in,” he concluded.